Moscow attracts many tourists for its history, architecture masterpieces and countless art treasures. Visitors from all over the world are impressed by the Russian splendor. 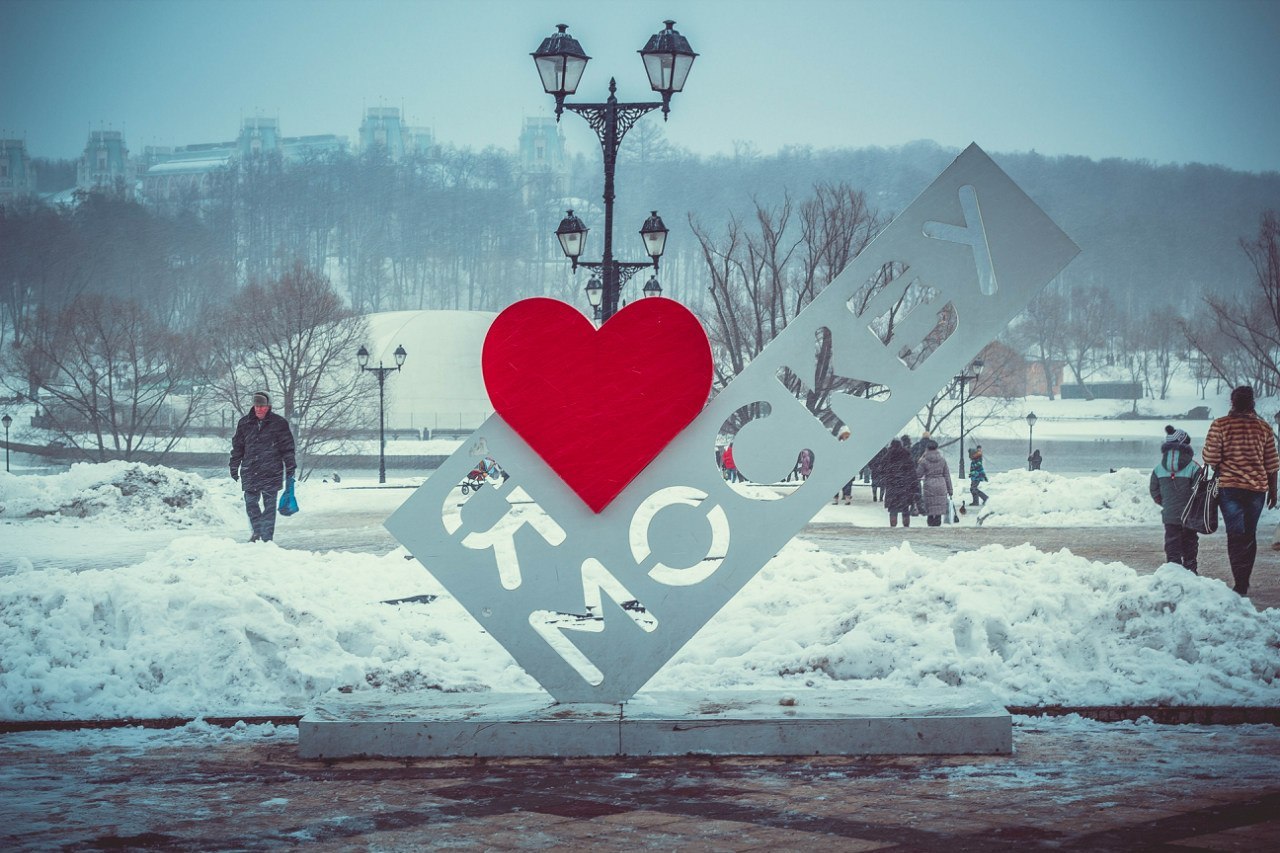 Visiting necessary to start from the central and most important point of the city, called the Kremlin and Red Square. 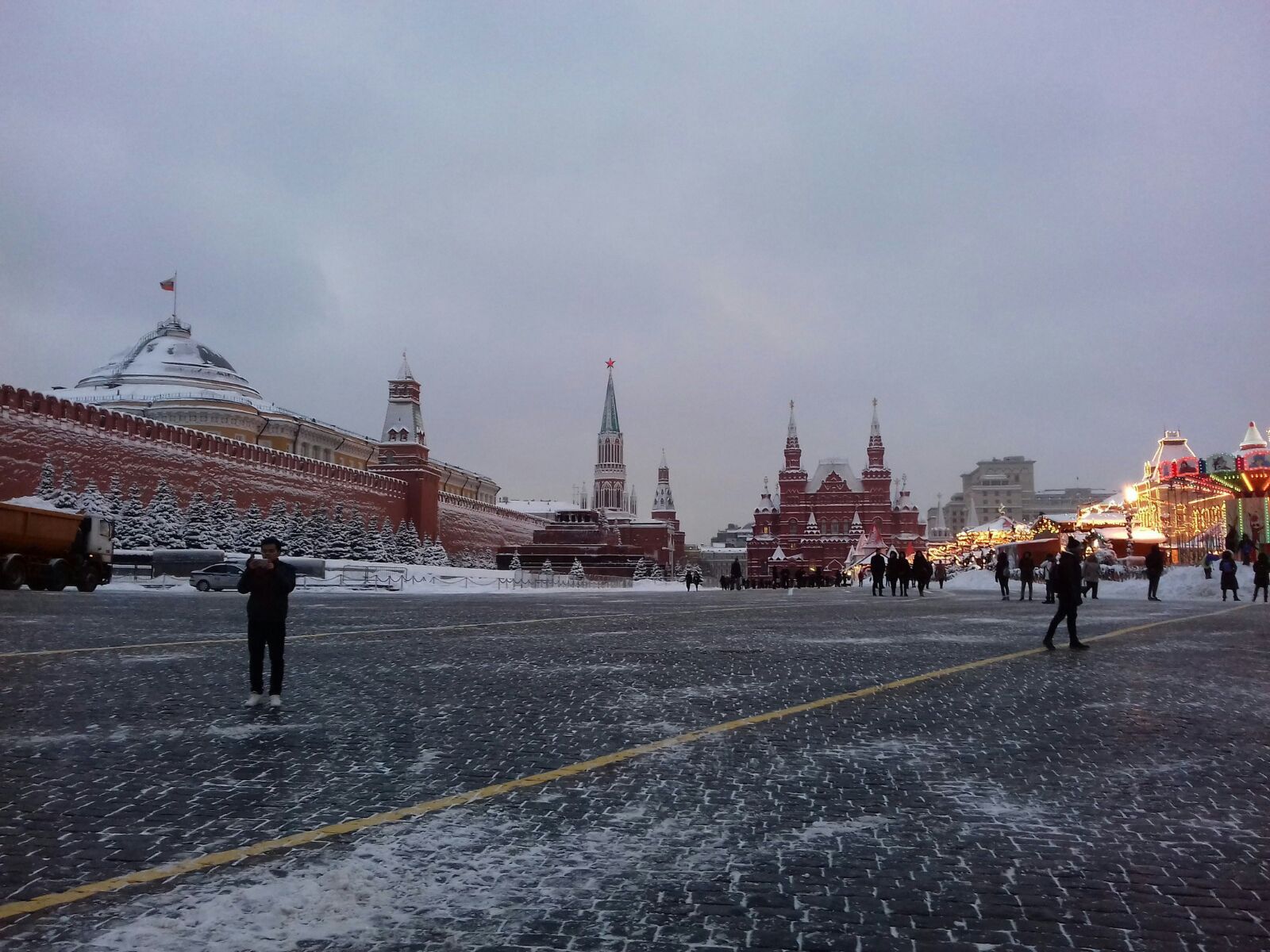 Both of them are entered on the UNESCO list. There are most of the buildings have great historical and cultural significance in the Kremlin. 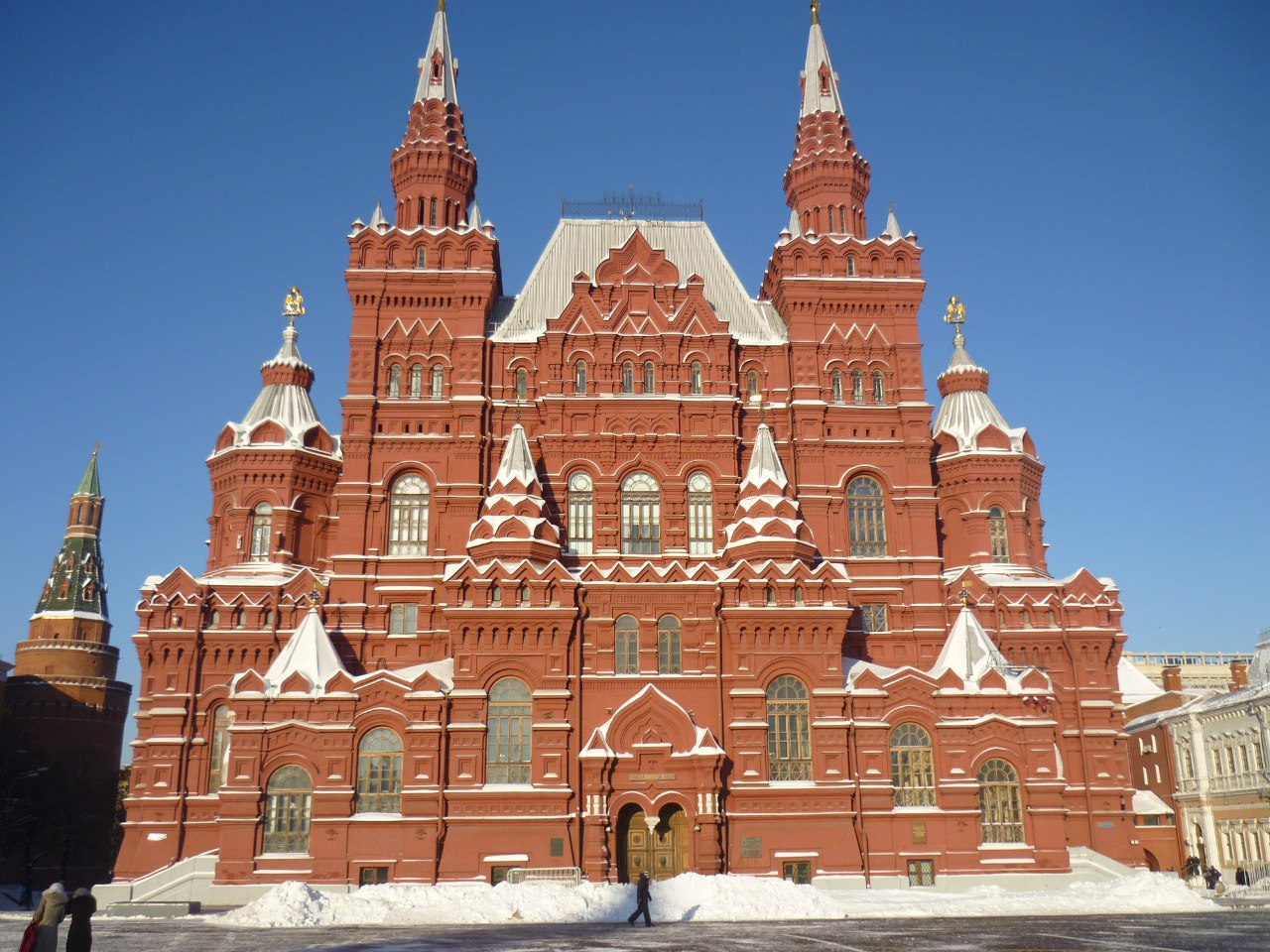 Here is located the largest museum institution in Russia named the State Historical Museum, where are kept treasures accumulated over centuries. Near the museum find the main clock of the country, which appear in New year’s Greetings from the President of Russian Federation every year. 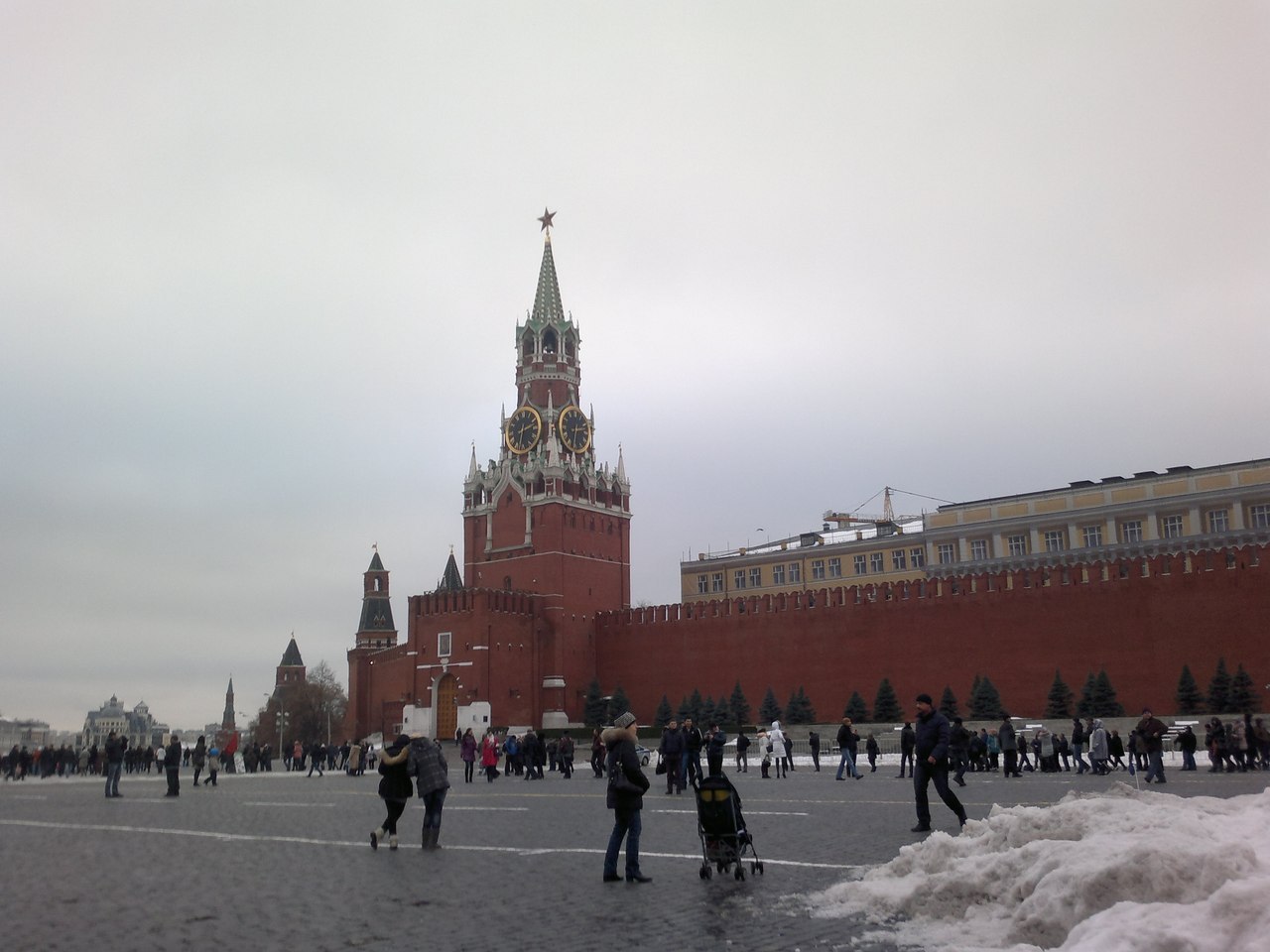 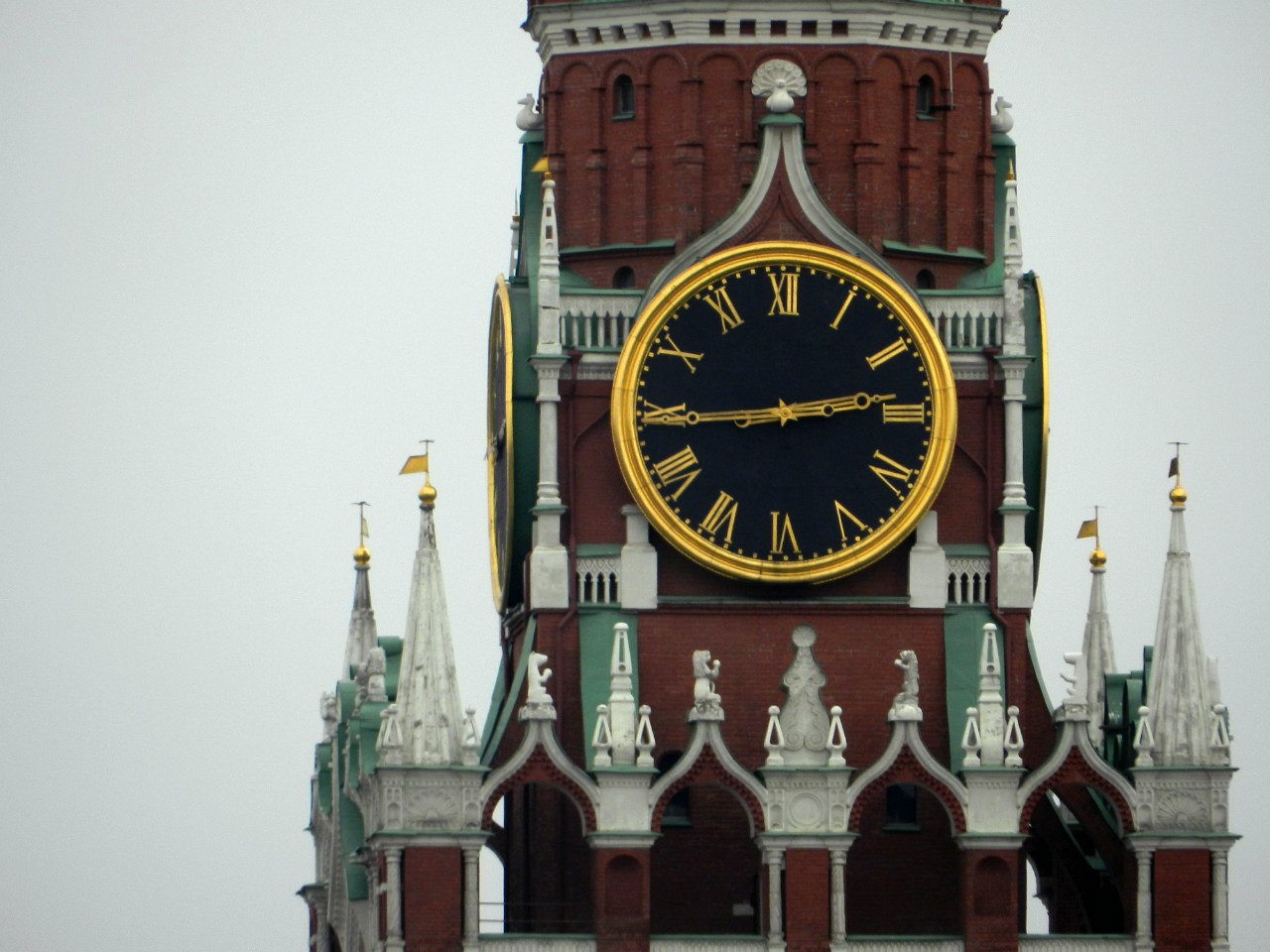 There is a unique place, full of disputes and secrets on Red Square – Lenin’s tomb with the real mummy of the leader of the Bolshevik Revolution. The embalmed mummy has been in mausoleum since of the leader’s death in 1924. Russia’s government spend up to $200,000 on contents Lenin’s embalmed body. This amount includes carrying out biomedical work to keep the mummy in good condition and refresh Lenin’s clothes. 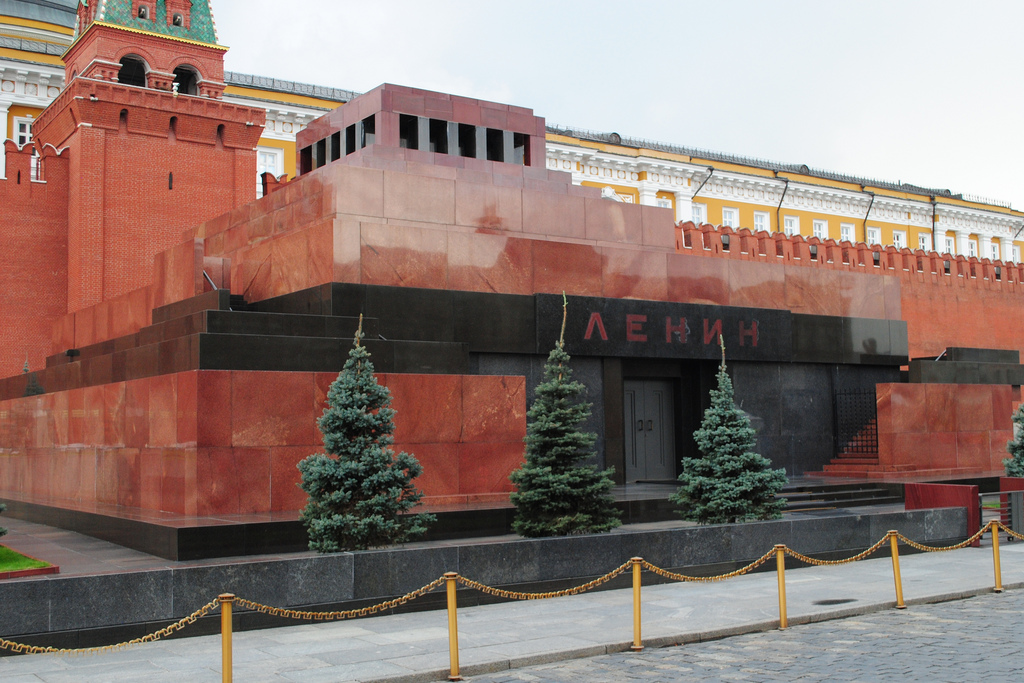 In Moscow there is also a whole lot of the church, for example the Cathedral of Christ the Savior, rebuilt in 1990, with a very rich and impressive structure, and inside it is delightful with colorful religious paintings. 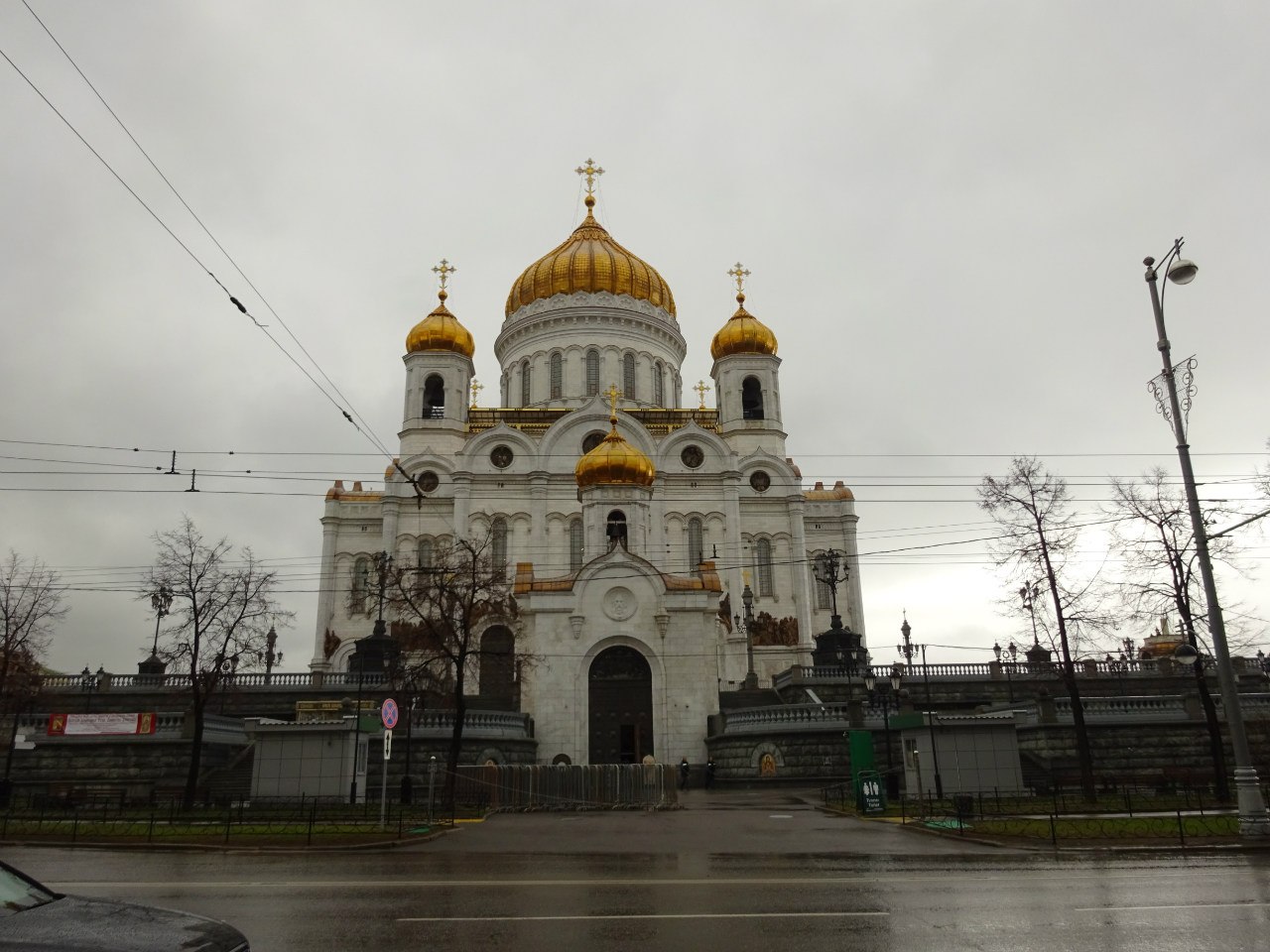 Also a visiting card and a masterpiece of Russian architecture, Saint Basil’s Cathedral, at Red Square. Orthodox church built on the orders of Ivan IV the Terrible to celebrate victories over the Tatars. Originally, it was eight churches with colorful domes in the shape of onions, built on a common foundation. In 1588, another, ninth, which somewhat breaks symmetry, was added. Legend has it that after completing the construction, Ivan ordered to blind the creator of his creator, so that he could not build a better or even similar building.

Being on Red Square it is worth going to GUM (Glavnyi Universalnyi Magazin). The department store from 1893 makes a gigantic impression. It’s not about goods of the best brands available here, but about rich architecture of the building. Also from the beginning of the sixties to nowadays in GUM are organized fashion shows of famous designers, such as: Dior, Giorgio Armani, Chanel and other. 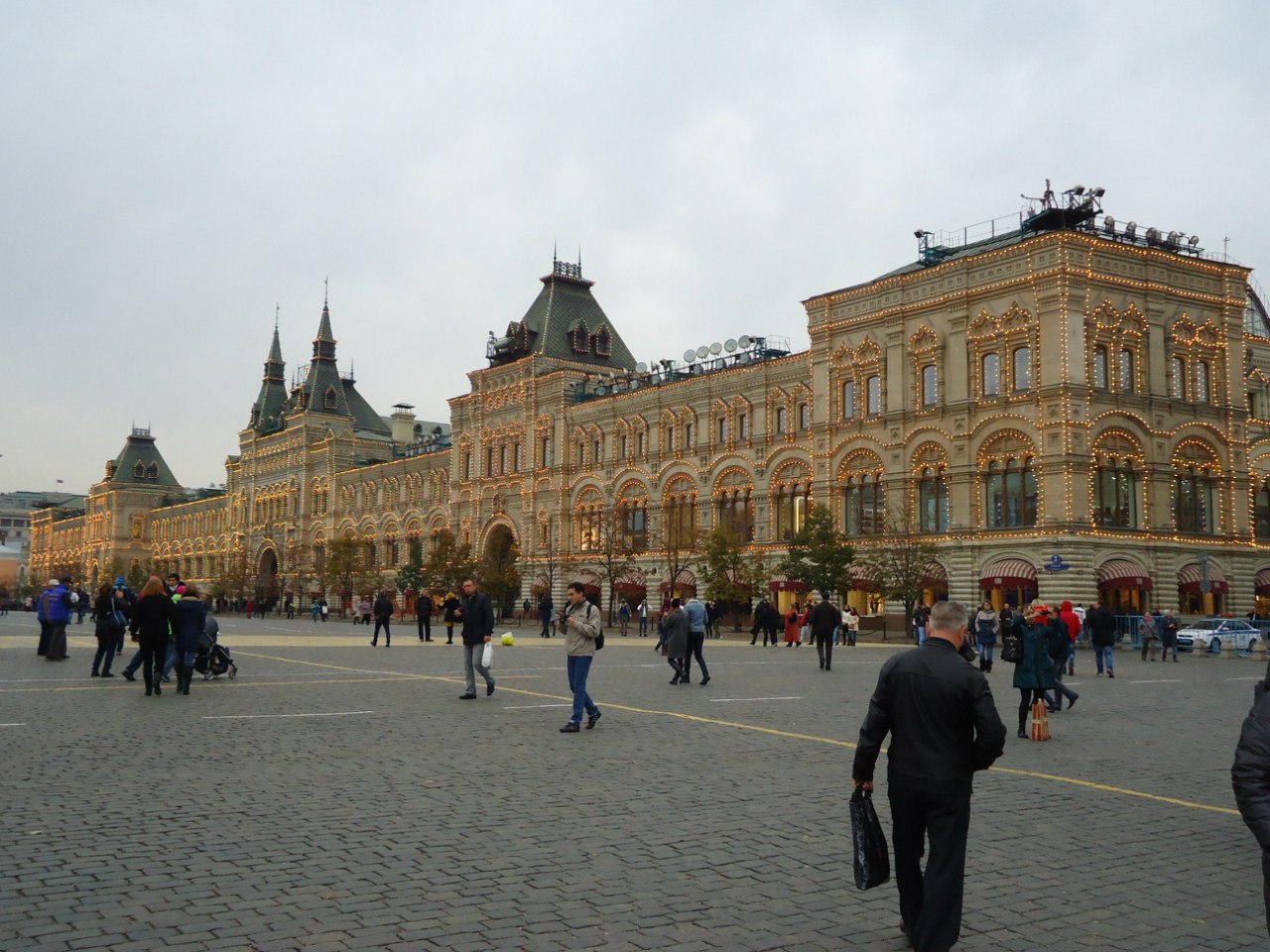 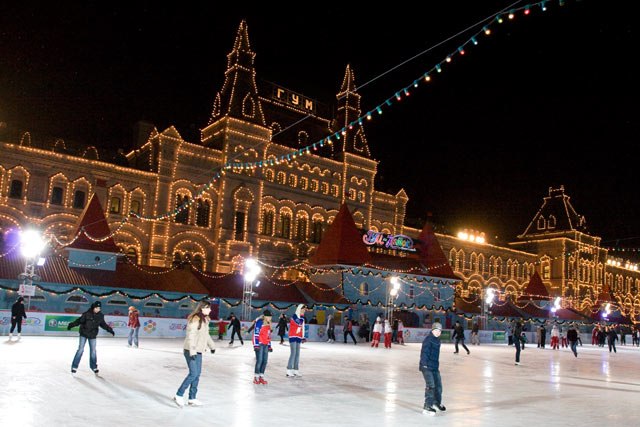