Cappadocia, one of the greatest attractions of Turkey, and additionally included in the Unesco World Heritage List. 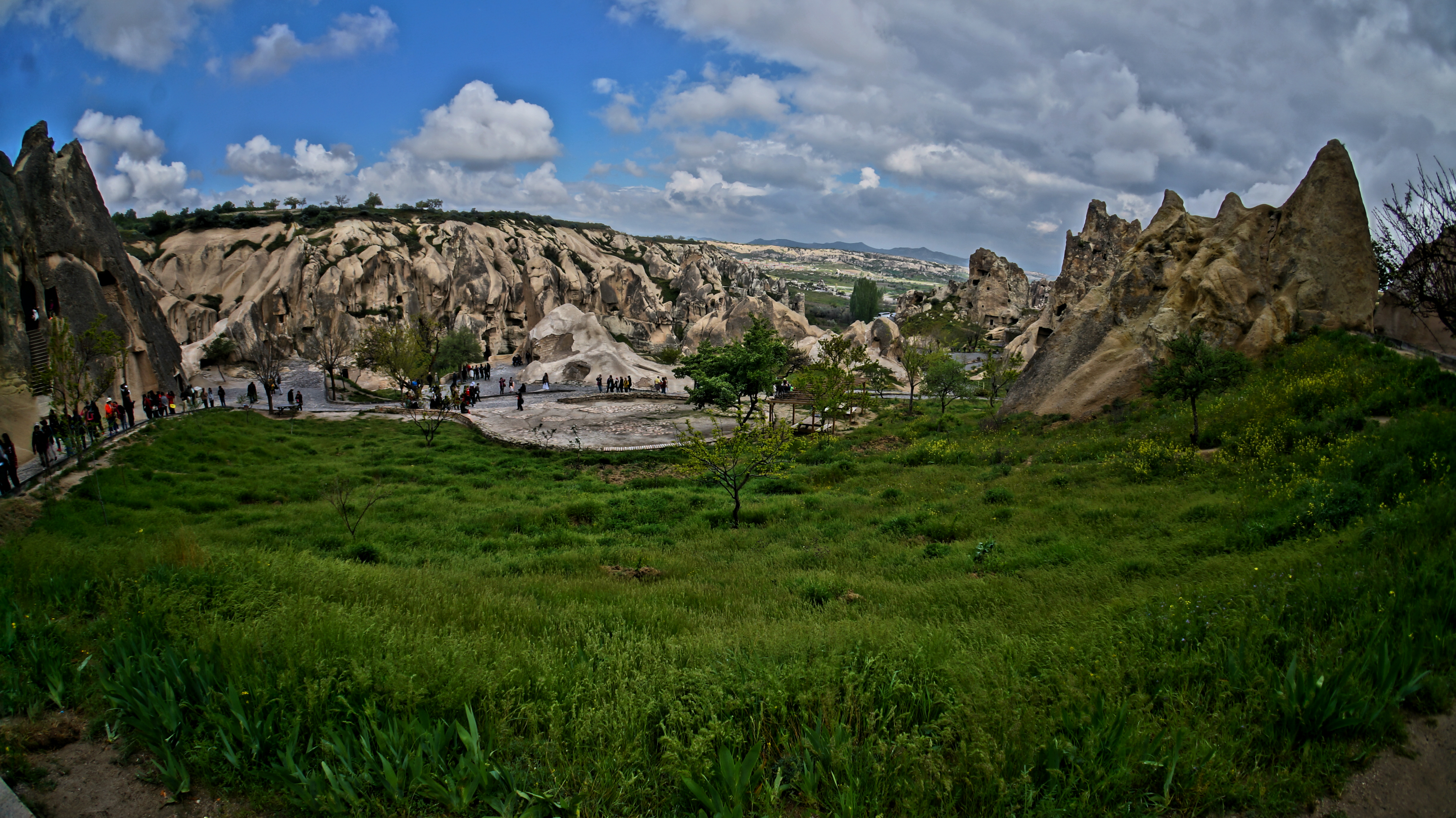 Created millions of years ago as a result of volcanic activity, which was then used by people. In soft volcanic rocks were built houses, churches (Goreme Open-Air Museum) and monasteries (the Order of Mevlana Dervish Dances in Konya), and over time the whole city. So far 36 underground cities have been discovered, the most popular of which are Kaymakli and Derinkuyu. 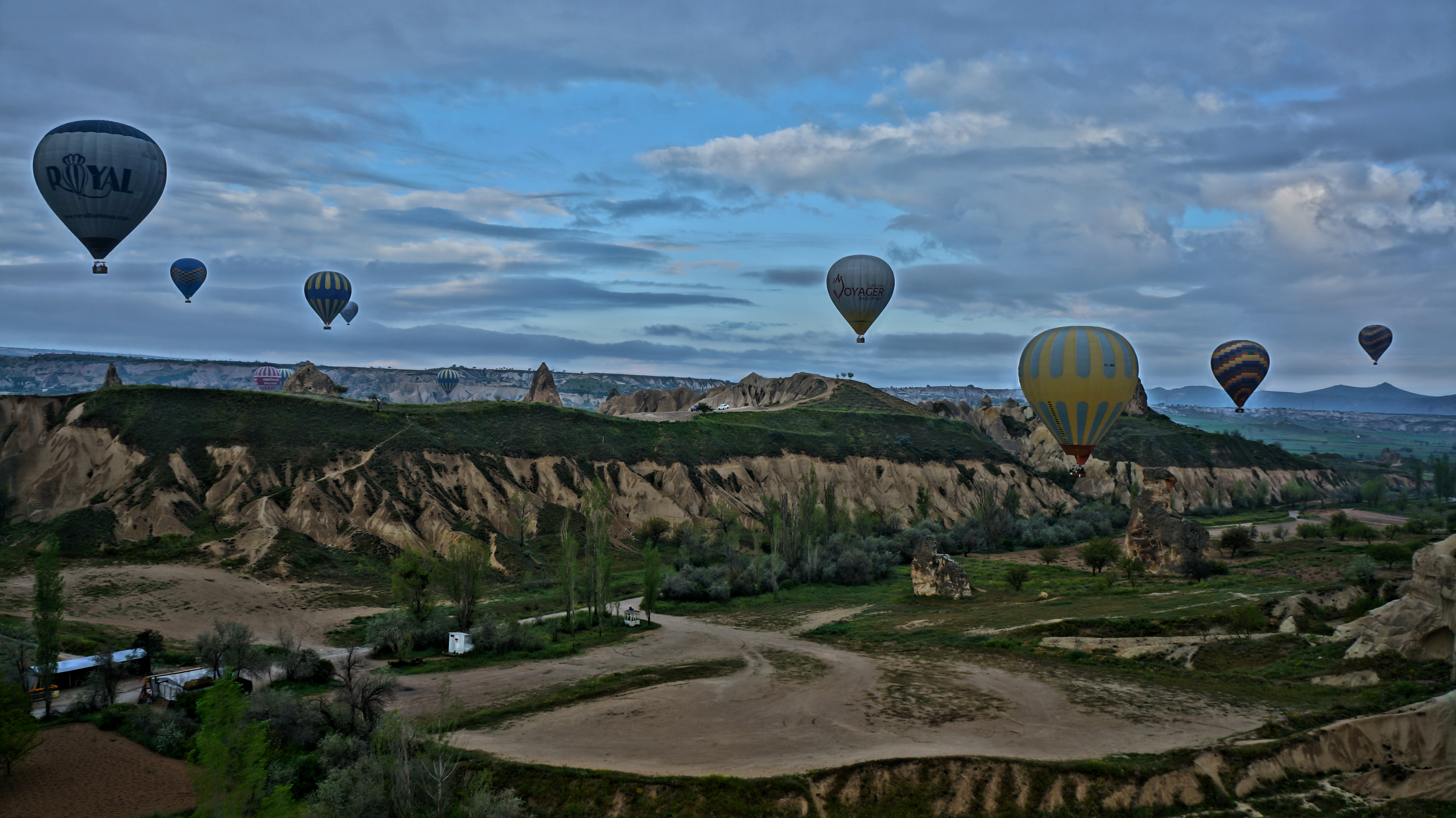 They could hold up to several thousand inhabitants. So it is worthwhile to wander between the huge rock mushrooms of the „feed garden” and feel like living in a real Turkish rocky house. Explore many Cappadocia valleys with fabulous rock formations, such as the Pigeon Valley or the Camel Valley. Cappadocia is the only place on Earth that is still taking on new forms. Its sculptured by the rains, winds and snow, volcanic tuff is constantly changing, creating an extraordinary landscape. The biggest attraction of Cappadocia today is balloon flights. 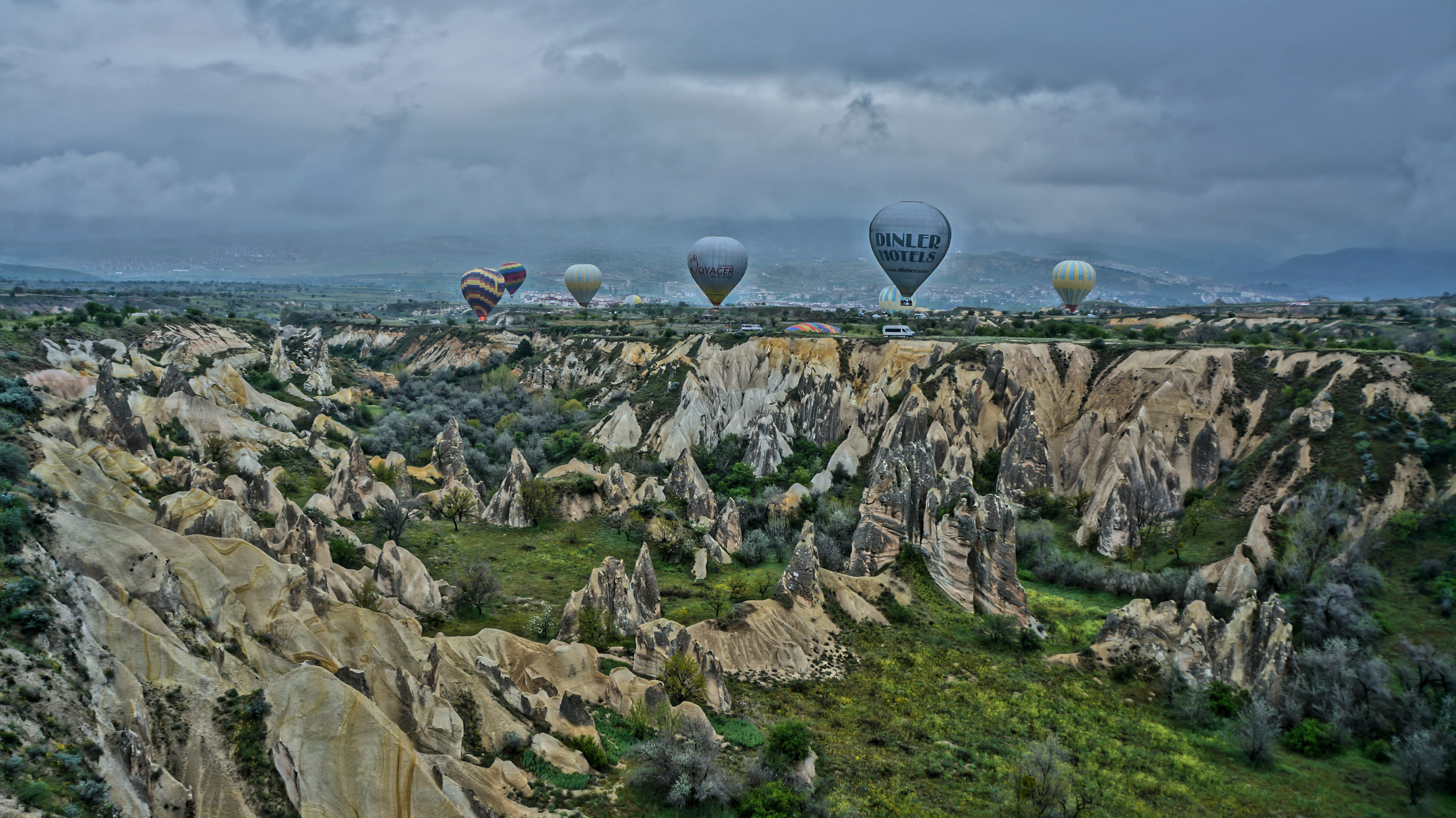 There is a lot of them in the morning to welcome the sunrise and the beautiful panorama of the taffeta city.
We chose the option of authentic Turkish tea on one of the viewing terraces, from which the view will always remain in our memory. 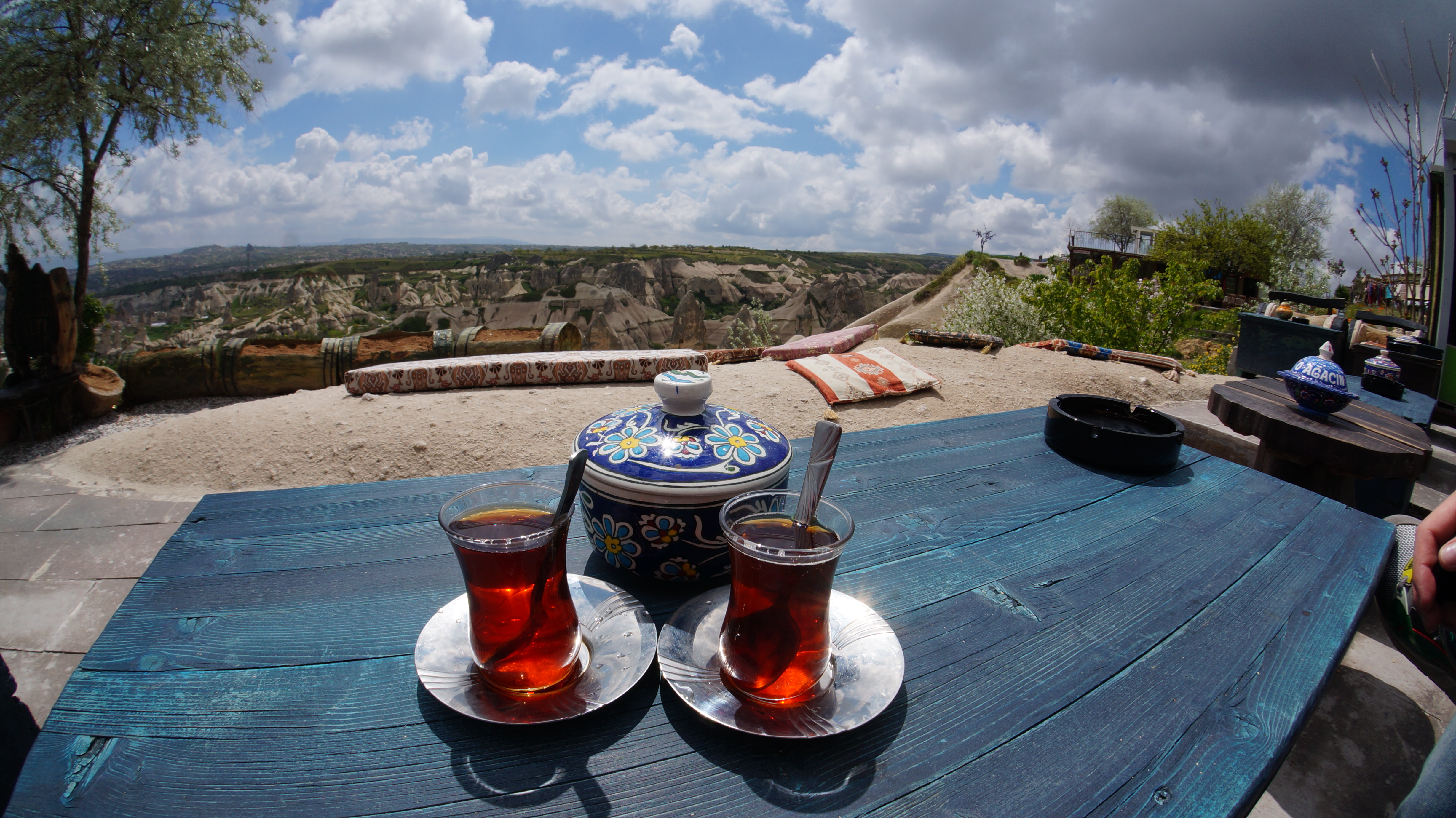 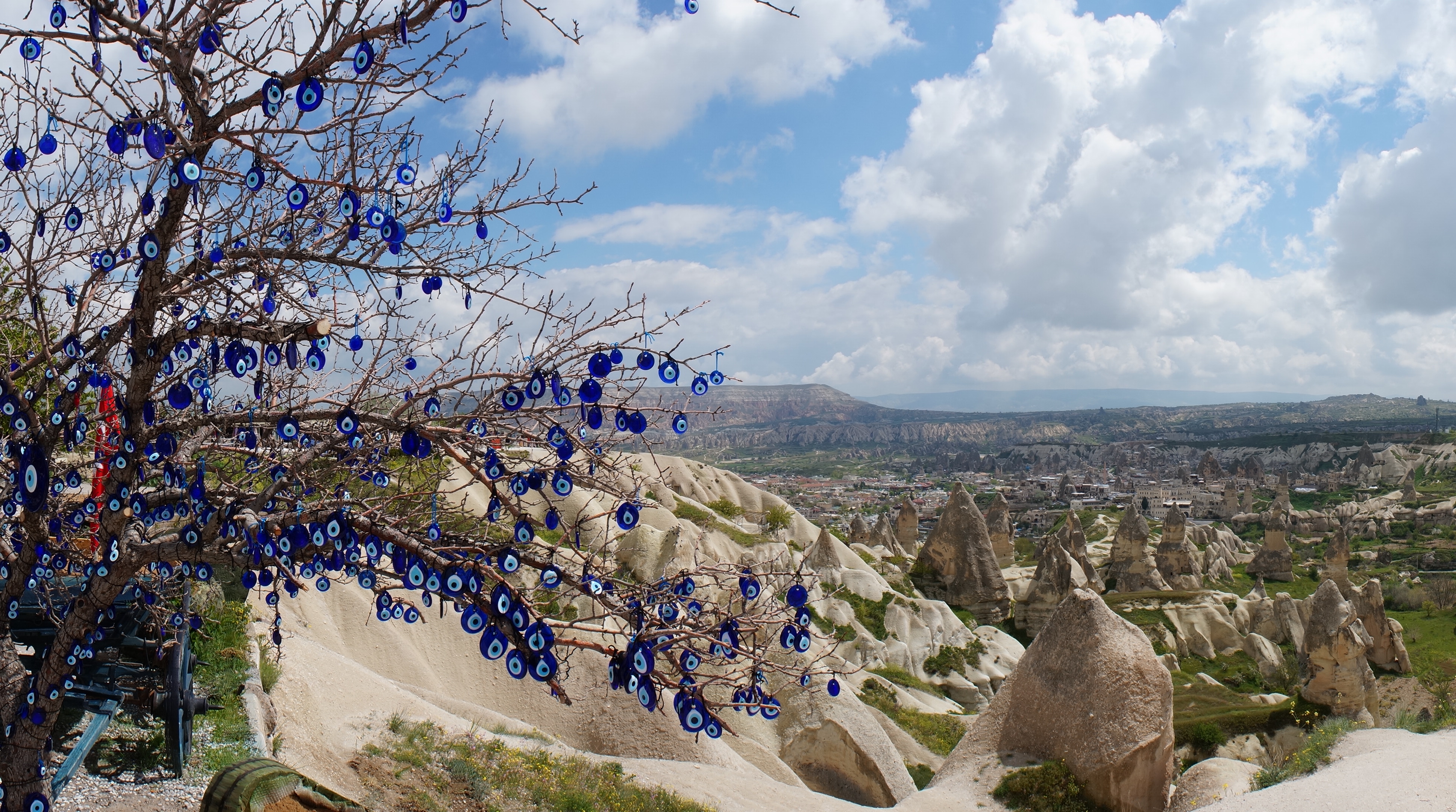 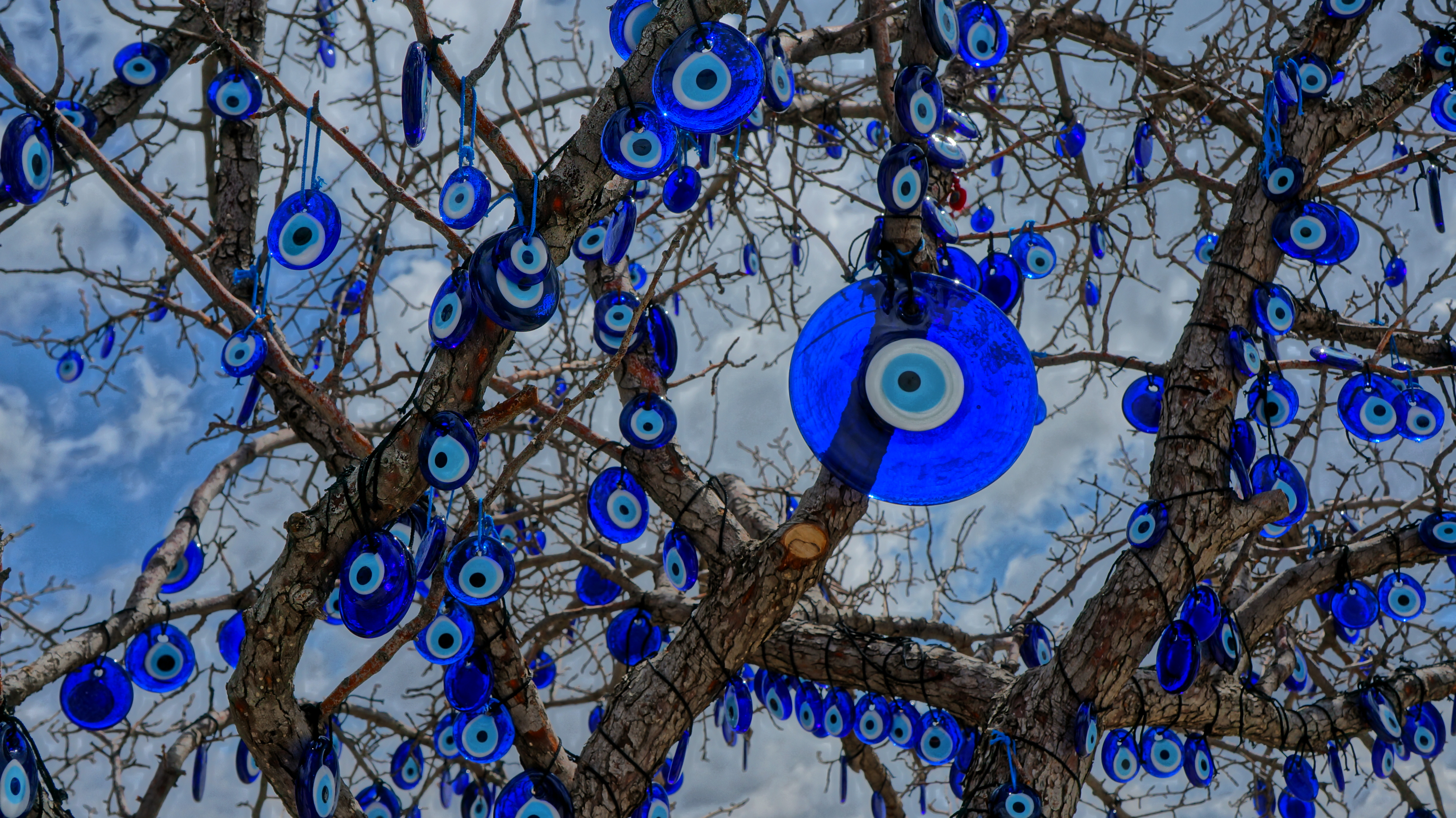 Of course, the Eye of the Prophet holds the „evil eye”. At the same time it is the most popular souvenir which every travels brings from Cappadocia.