Serifos will always be associated with silence, tranquility and deserted beaches. The biggest town and at the same time the port of the island is Livadi, above which is dominated by Chora. 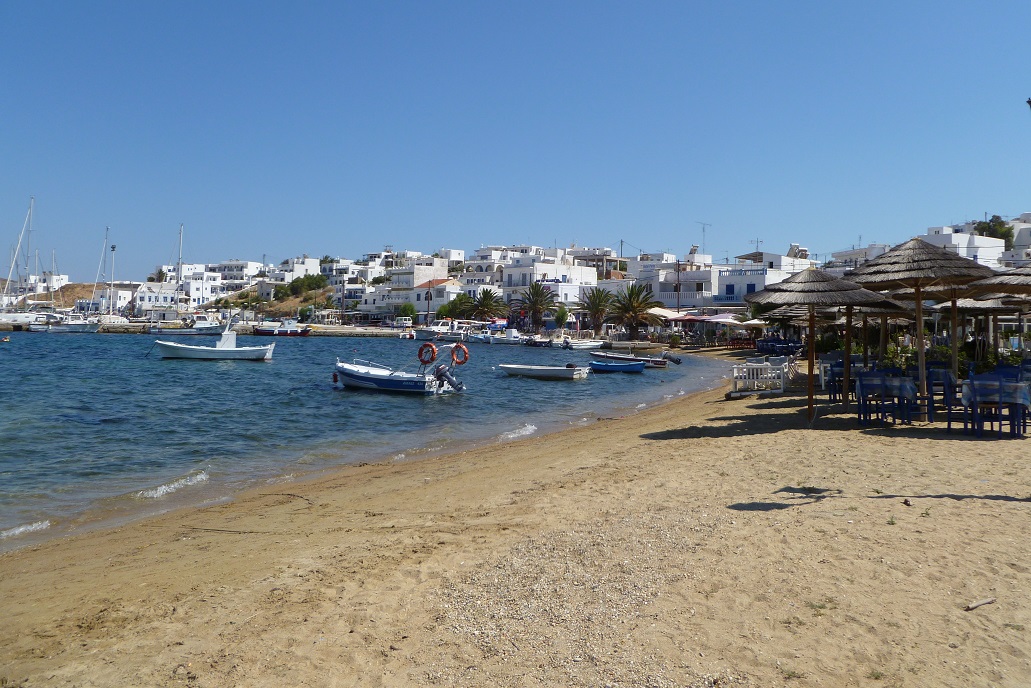 When at the turn of May and June I was on Serifos, there were very few tourists. It was not a season yet. I did not meet many people on the beaches. 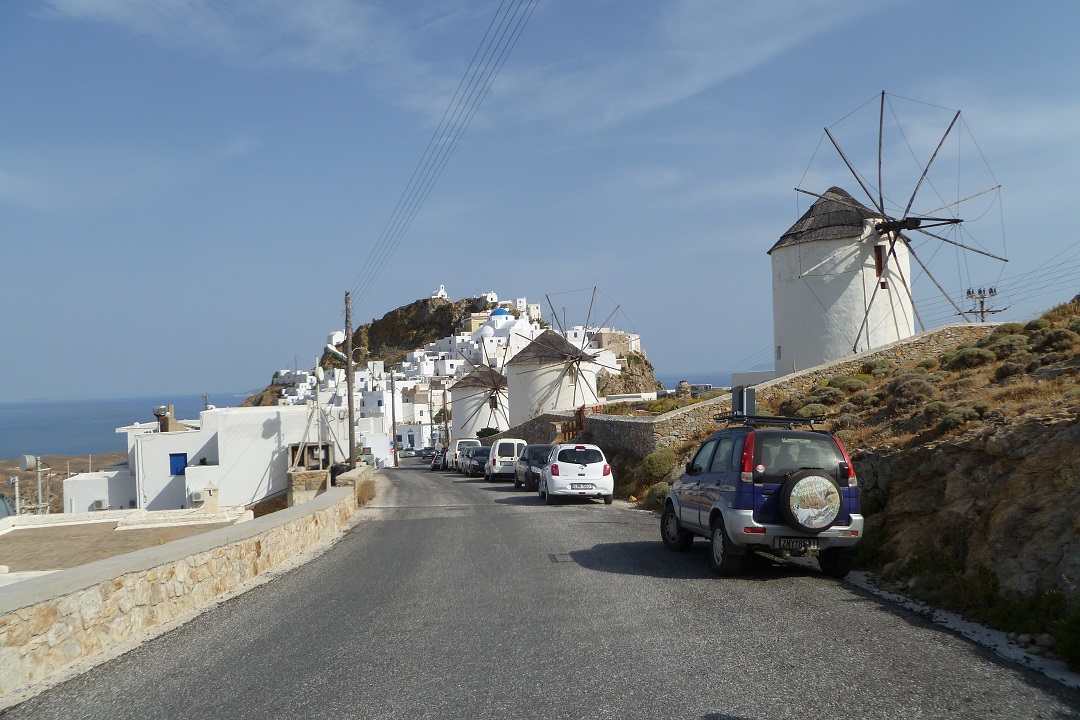 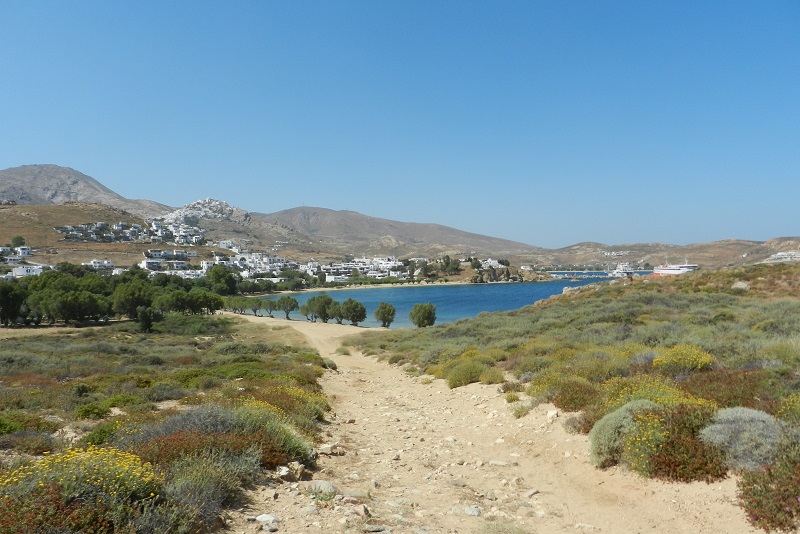 The only historic village on the island is Chora. It has what we love – narrow streets, lots of stairs and white houses. There run a bus on the Livadi – Chora route.

To visit the rest of the island we rented a car. During the trip I saw something that surprised me. I did not prepare beforehand for the arrival at Serifos, assuming that you can only see beaches and mountains overgrown with bushes here.

First, however, we went to see the most significant monument on the island – Taxiarches Monastery (Monastery of Archangels). This monastery-fortress was founded in 1572. He was an important religious, economic and educational center. In the years of prosperity there were 100 monks here, now there is one.

The next point was the tiny village of Koutalas with a deserted beach.

Next we went to Megalo Livadi. Along the way, we met in a few places the remnants of structures indicating mining activity. 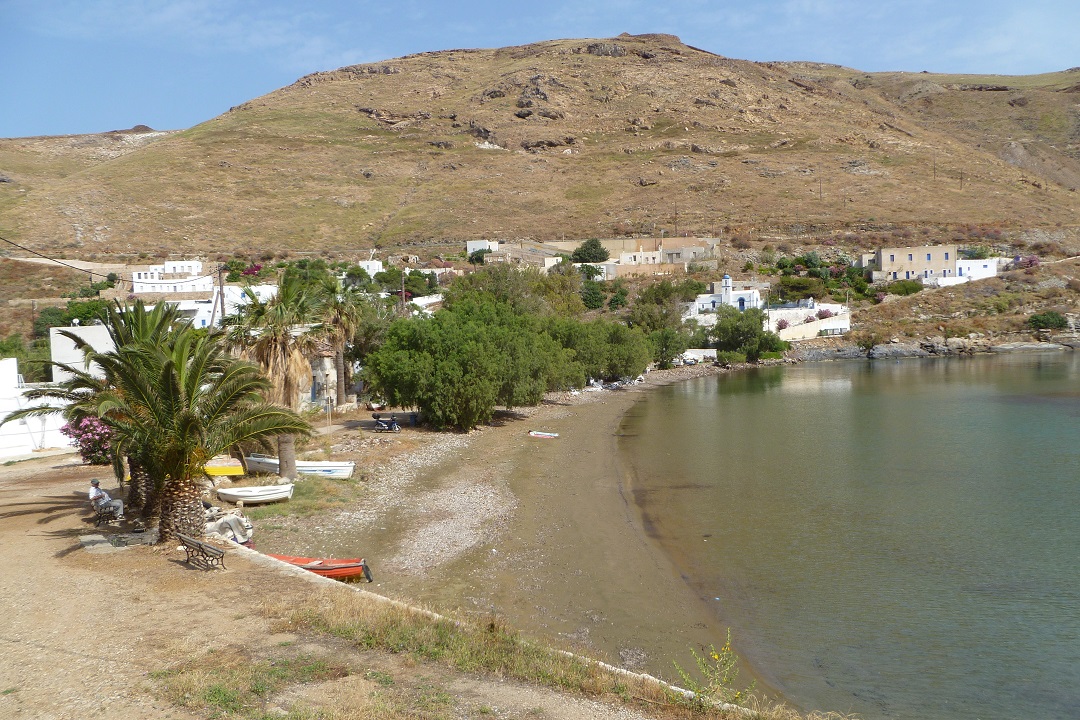 And this is what surprised me – I did not realize that the mining industry was here. Exploitation of iron ore deposits and gold began in the 19th century. An economic boom followed.

In the village, I saw the ruined palace of the governor, completely unsuitable for the small Greek buildings. However, greasy years did not last long.

Miners started to demand better working conditions and pay rises. In 1916, they initiated a strike. After the battles, in which several people were killed, the head of the mining company provided the miners with better conditions. The mining was resumed, but as the years went by, the mines were less profitable, until in 1960 they were definitely closed.

Near the palace, in memory of the battles of 1916, a monument was erected for the miners

In total, we rented a car for about 50 km and almost all roads on the island were asphalt.