This year I am in Japan during the cherry blossoming for the third time. I have never traveled to the capital of Japan at this time. Why? 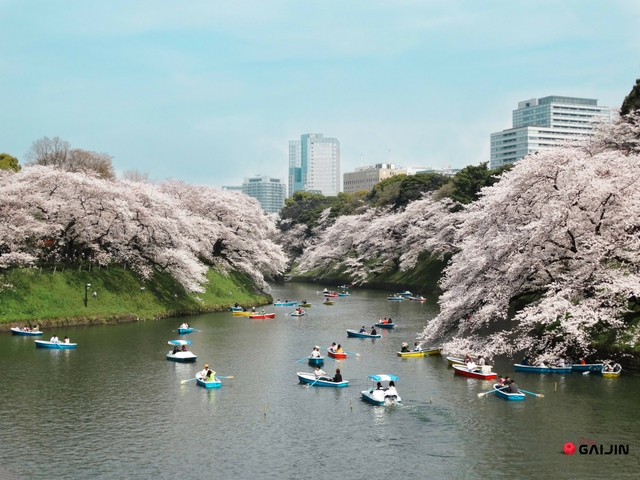 Because of the ubiquitous crowds overflowing only from one park to another. In March and April, over 4 million tourists come to the Land of the Blossoming Cherry. Do not kid yourself – the vast majority of them are going to Tokyo or Kyoto, which are already bursting at the seams every day. This year, however, I have stated that it is time to roll up sleeves and walk through these crowds of people – for some reason they are choosing these places and not other places to celebrate hanami. 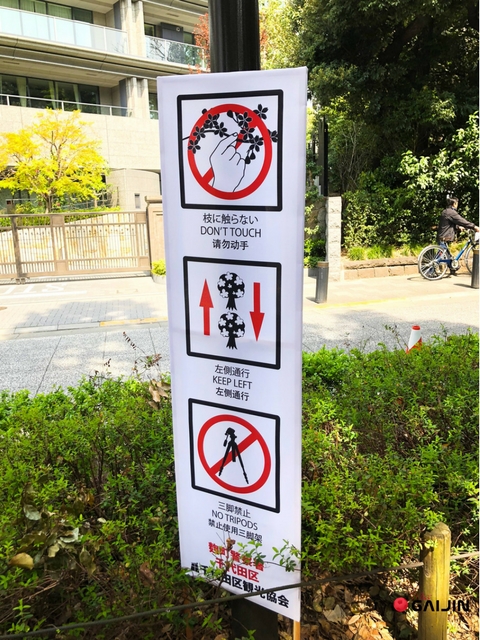 What is hanami? It is simply the name that defines the celebration and admiring sakura flowers. Thousands of people are going to the parks to arrange a picnic outside and enjoy the beautiful view around them. In the most popular parks in Tokyo or Kyoto you sometimes have to even reserve places on earth (!!) to be able to put a blanket on them and arrange, as the Japanese say, a „party”. 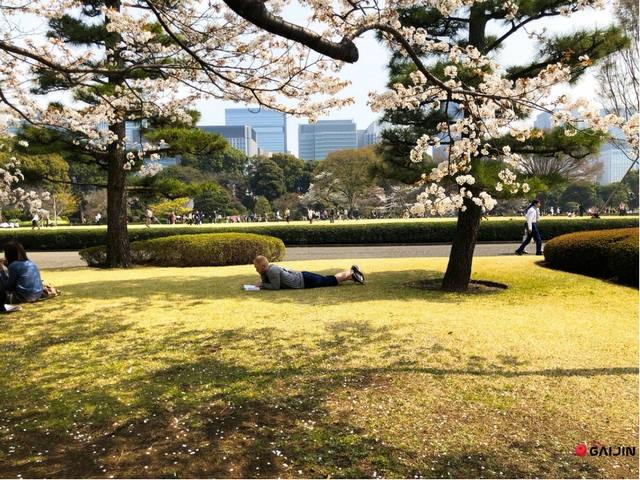 We arrived in Tokyo in the late afternoon. I planned to see both the most famous places and those that are not crowded with crowds, but nevertheless interesting and inspiring. The first place we went was … shopping center. Hah, yeah, that does not sound good, but this time I did not go shopping: P It is near the main station in Tokyo from March 16 to April 15 takes place Nihombashi Sakura Festival. 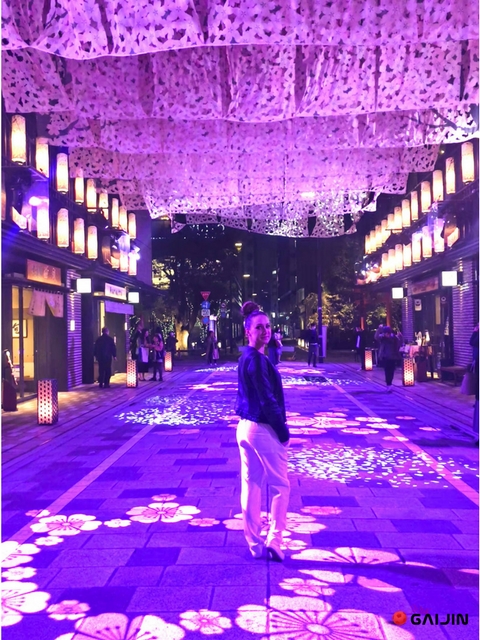 One of its elements is the illumination adorning the street between the COREDO Muromachi 1 and 2 buildings, the department store, which is located right next to the Mitsukoshimae metro station. 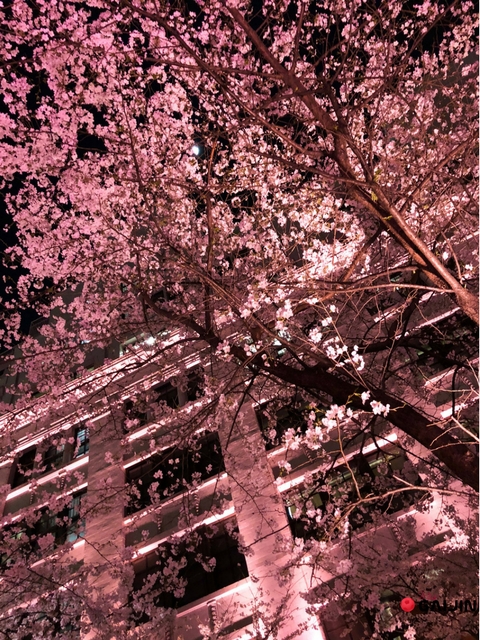 Thanks to specially set reflectors, even the air in this place seems to be pink! On the ground between 17:30 and 20:00, cherry blossoms dance, music flies perfectly from the speakers to the presented illumination, and between the buildings hanging wind-blown, pink sheets of fabric with printed motif Edo kiri-e, or traditional Japanese art. 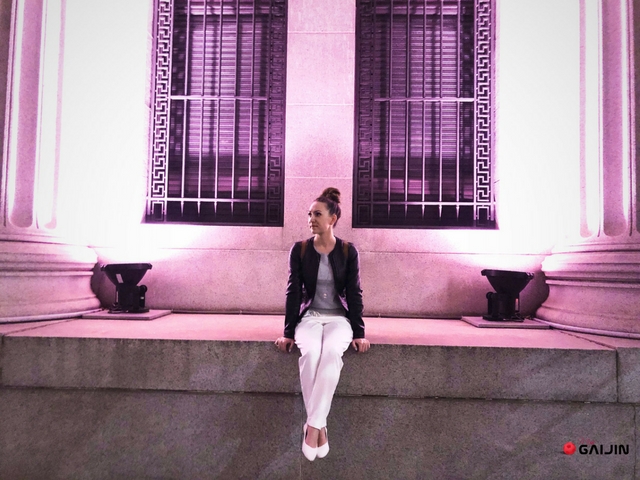 On the sides, on the buildings and on the ground, there are also beautiful, flowery lanterns every few meters. The entire picture creates a dazzling tunnel of blooming cherries. An equally beautiful view is created by the pink street Chuo-dori, located just around the corner and the buildings standing next to it. 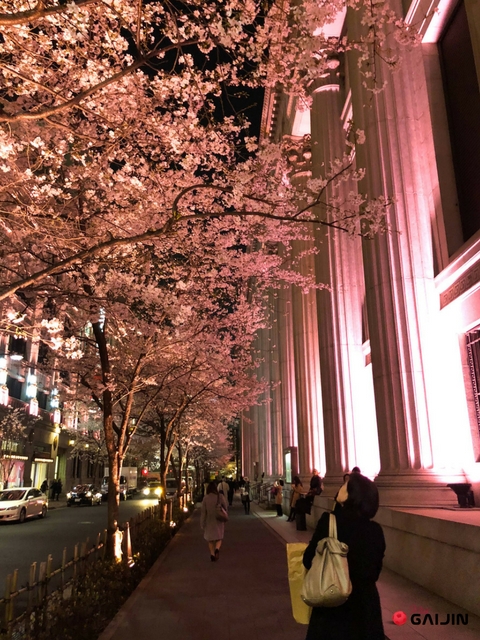 The next point of the trip was much more known and besieged by both the Japanese and tourists. Generally in the subway I felt that something was going on;) Despite the fact that we were reaching the last station on the route (Naka-Meguro), the people in the waggon did not diminish, on the contrary. After leaving the platform, the situation clarified itself more and more. It took us a good few minutes to get out of the station, and on the way we passed guards standing with signposts, on which directional were drawn, behind which the whole crowd followed. 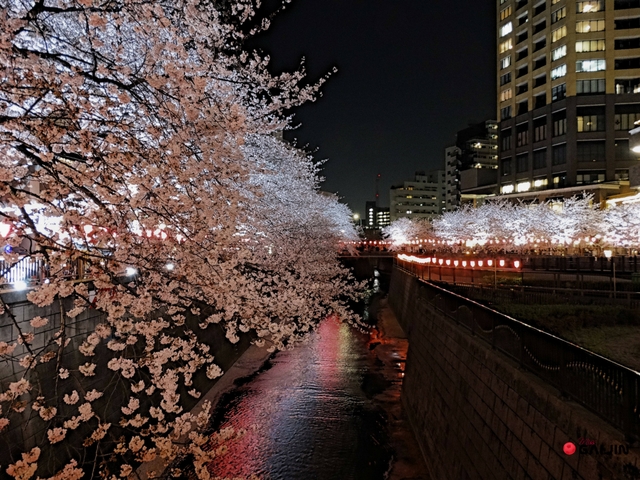 Crossing the street – another tip – hundreds of people on one side and the other side of the street. But therefore on the very channel / river of Meguro that the number of people exceeded my wildest imaginings. 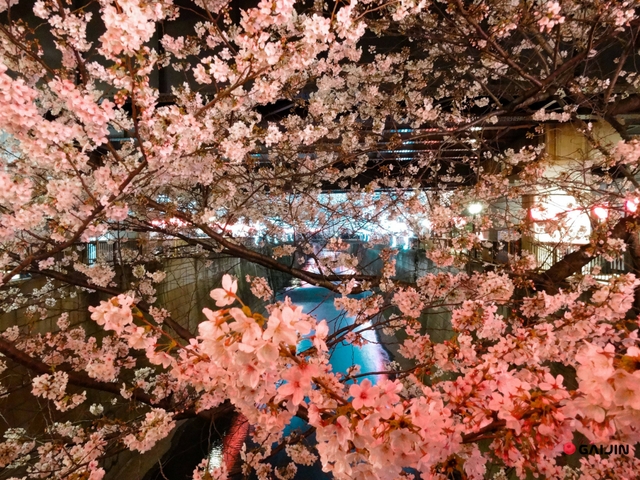 A human on human, EVERYONE trying to take a picture of the beautifully falling down and illuminated branches bending on the water from the weight of the flowers. View? Raspberry honey. In addition, every step you could buy a glass of sparkling wine or champagne. 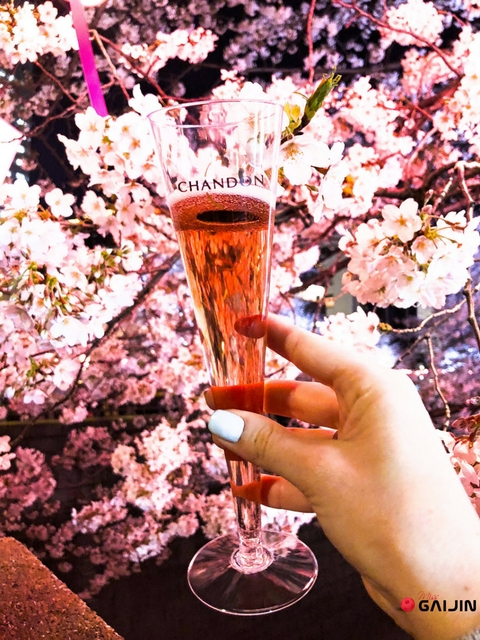 The next day, in the early morning, we went to the moat Chidorigafuchi and to Park Kitanomaru. Guides, blogs and „internet” did not cheat – sakura trees, with white and light pink petals, were everywhere, wonderfully composing with the green slopes and water in the river, while creating a beautiful floral tunnel. 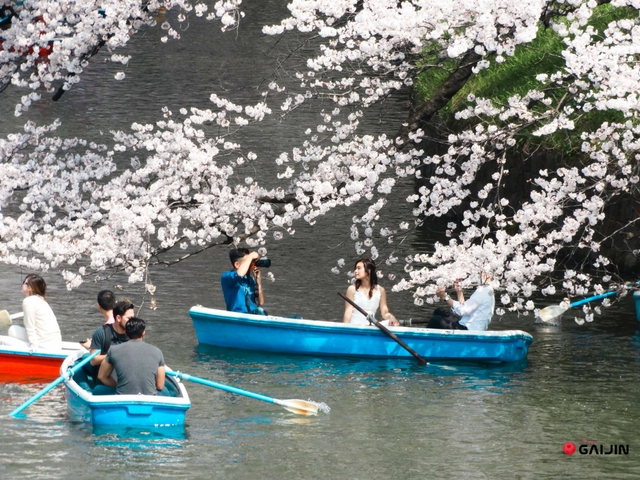 One of several dozens of colorful boats can be rented on the spot and you can swim on the river for an hour (1,600 ¥) or 30 minutes (800 ¥). These boats are another element of a beautiful picture that can be seen there. I admit that I myself wanted to swim one of them, in the end it is a very popular attraction among lovers. 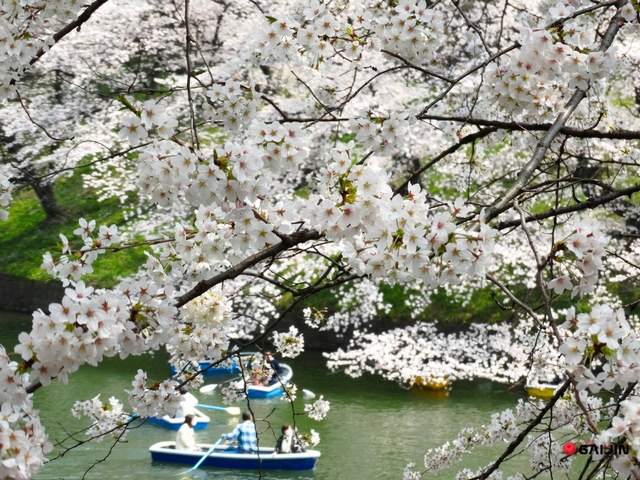 However, the queue consisting of at least 100 people and the waiting time frightened me, so without much regret I gave up this idea. 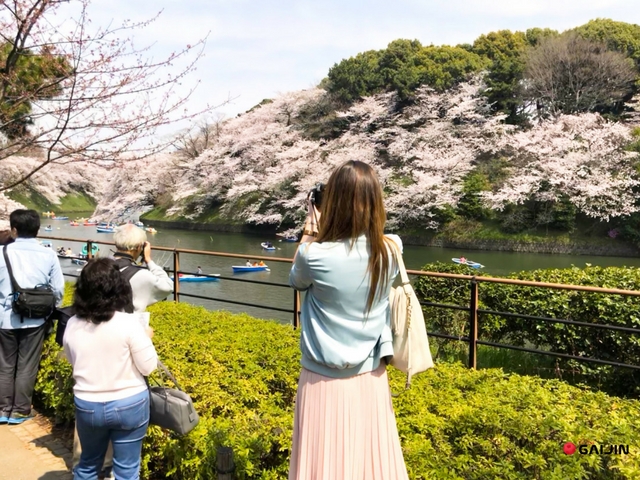 The river itself, as I mentioned earlier, is actually a moat located in the north-western part of the grounds belonging to the Imperial Palace. It is a historical place built in the early Edo period with the extension of the castle. Currently, the park is located along a 700 meter long promenade along which more than 240 trees of various types of cherries grow, including Somei-Yoshino and Oshima-Zakura. Despite the fact that it was not as crowded as the Meguro River the evening before, hundreds of thousands of people were passing through the promenade at the same time as us. Therefore, we decided to go again to a less popular place …